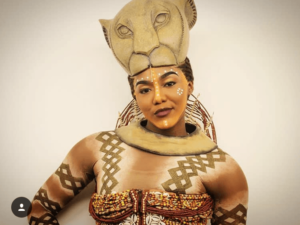 At 6 a.m., Nia Holloway expected her mother’s routine tap on her shoulder to be the usual, “Nia, go walk the dog.” Instead, Nia received news that would change her life forever.

“I was on spring break. My mom woke me up and whispered, “Good Morning, Nala.” I said, what, and she whispered again, “Good Morning, Nala.” My dad and sisters were standing in the doorway. My mom looked at me and said, “You got it!” I just remember crying, screaming, and jumping up and down. I thought to myself, wow, this is the moment we were talking about. When you know your life is about to change- it’s an unbelievable feeling.”

Growing up in Harvey, Illinois Nia’s parents felt their little girl was destined to have an impact on the world. Nia meaning purpose, is not only a forename but a reminder for Nia to continue to walk in her purpose. At the age of 17, Nia is the youngest woman in The Lion King’s 15-year history to reprise the role of Nala. As a child, she felt she was meant to star in her favorite Disney movie and play the role of Nala; a teenage princess warrior who leaves her family to find help.

“In a sense, I was Nala in my own life. I had to step away to do what I always wanted to do. I feel like any young woman can relate to Nala. She is strong, vulnerable, and unbelievably fierce. I think that’s why I have been able to have so much fun in the role for four years. She is so dynamic and I enjoy doing it every single night.”

Nia’s claim to fame is the furthest from a fairytale. During her first audition for the role of young Nala, she was rejected because of her height. Defeated and disheartened, Nia went home and cried. Thankfully, the word “no” didn’t stop Nia from pursuing her life long dream. The now 21-year-old songstress mantra, I believe in me, helped her to persevere through one of the toughest auditions of her life.

“It was actually one of the oddest feelings I’ve ever had. I was calm, yet nervous. I had butterflies. It was the first moment in my life as an artist where I said to myself, “I’m going to go in here and do my thing, but it’s in God’s hands”. I’m just going to let go, and I think knowing that helped me to calm down.”

Two to three months had passed since Nia’s initial audition for the role of adult Nala. After strong persuasion from her mother, Nia emailed the casting director and thanked him for the opportunity. Soon after, the casting director emailed Nia for a second audition in New York City. The Norcross High School basketball player was in the middle of a basketball championship before she dropped everything and headed to the big city for the audition the changed her life.

This month Nia celebrates her four-year anniversary with The Lion King. Within four years, Nia has traveled to over 48 cities and performed in over 100 shows. Although tour life can be demanding and overwhelming, she has learned to enjoy the little things. Being on the road has helped Nia mature and really look at the entertainment industry from a different perspective.

“I’ve learned that you can work as hard as you can, but sometimes life doesn’t give you a “yes”. You can work extremely hard and it just doesn’t happen. At the same time, that doesn’t mean you should stop trying. That’s why my mantra is I believe in me. As an entertainer, you have to have a resilience about yourself. I have had more of an understanding that life owes me absolutely nothing.”

A Star Since Birth 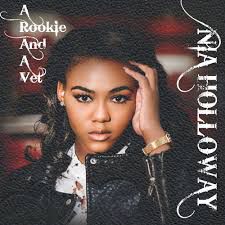 A powerhouse vocalist like the legends Whitney Houston and Aretha Franklin, you have to stop and wonder where does the little lady get her talent? From Nia’s lineage, it’s clear that talent runs in the family. A descendant of the late disco vocalist Lela Holloway and Slyvia Shemwell, it’s only a matter of time before Nia sells at arenas and stadiums.

In 2016, Nia released her EP, Rookie And A Vet on Spinrella and SoundCloud. The EP showcases Nia’s vocal range as well as her incredible story. In late July, Nia intends to re-release Rookie And A Vet with new visuals. Nia also plans to release her single “Young God,” a track that will definitely change the perspective of millennials. The Lion King Tour is only the beginning of Nia’s journey. Be sure to see young Nala in action this fall in The Lion King Rafiki Tour.

Out of all the cities, you have visited, what city is your favorite?
Vancouver, everything is renovated. It almost looks space-age.

Do you have a celebrity crush?
(Giggles) Chris Brown, I have loved him since he stepped on the scene with “Run It.”

What song do you listen to before hitting the stage?
(Laughs) I like to listen to Migos “T-Shirt.” 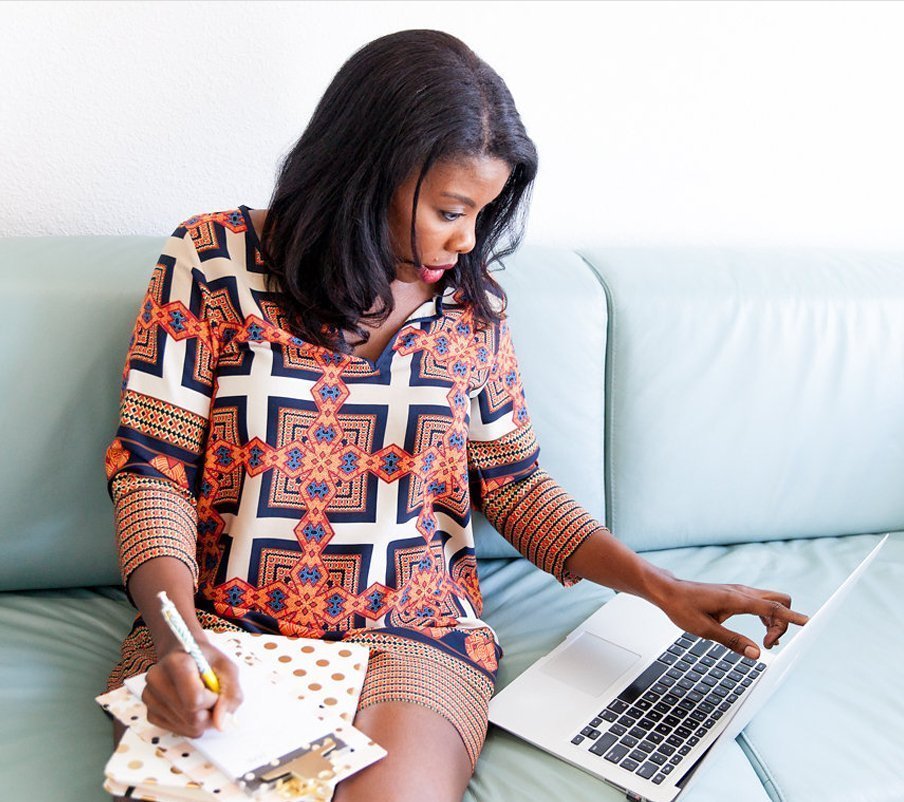 Subscribe to our Newsletter for weekly updates, event notices and more form the Brunch and Slay Community